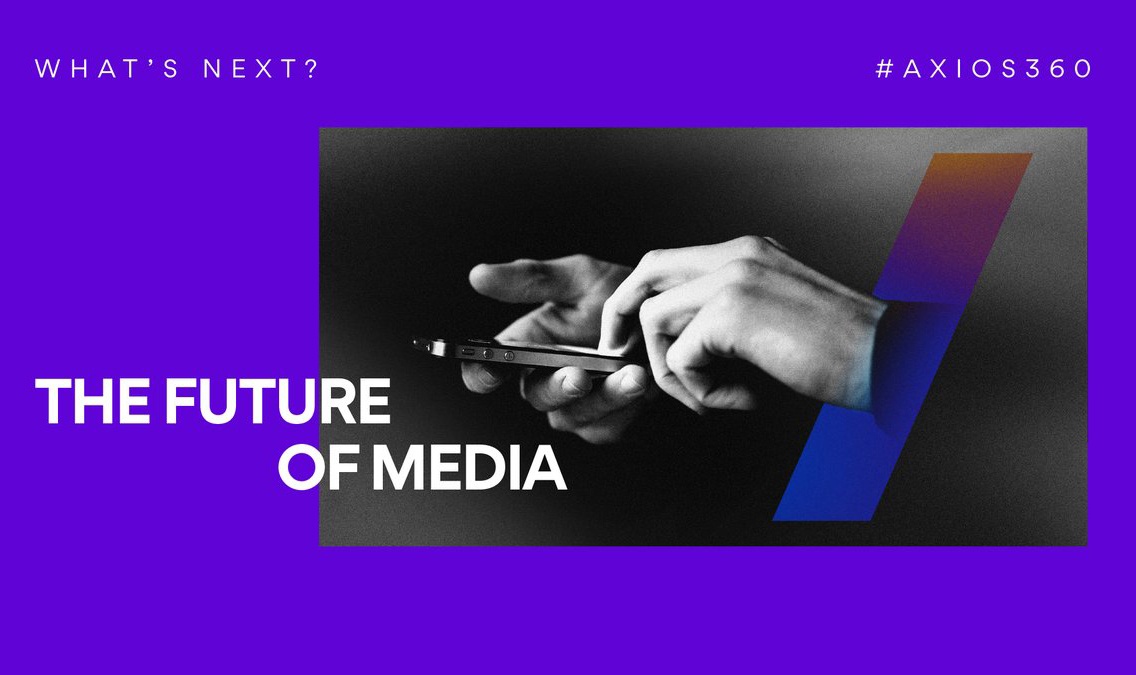 Axios Predicts the Future of Media

Last week Axios hosted their Future of Media event in D.C., with reporter Sara Fischer. We heard from Peter Hamby, host of Good Luck America on Snapchat, Jim VandeHei, Co-Founder & CEO of Axios and a host of panelists on what’s driving our content consumption. Here are the insights that stuck with me.

Sara Fischer said the panel would follow the format that drives all of Axios’ reporting: smart brevity. Axios’ Jim VandeHei said this style of reporting emerged from the reader’s need for information to be delivered in a sharp and clear way. Axios stories are short (they often use bullet points), provide a little bit of context and end with some type of conclusion that explains why the story matters. Case in point, the Axios recap of this event.

VandeHei said he thinks the Axios style of reporting is the future of media because our current media landscape is so cluttered. We’re overwhelmed with content on a daily basis and it can be difficult for publishers and brands to cut through the noise. Traditional print newspapers as a medium will eventually die out and make way for other platforms that deliver content the way readers want to consume it.

"The pendulum swinging against social platforms.”

As we have noted here before, the 2016 elections have shifted the way we do PR, including our social media strategies. According to VandeHei, we began to have concerns about “fake news” on Facebook and cyber bullies on Twitter. We moved from the hype of social platforms and the fascination about all we can do on them, to openly criticizing and analyzing the decisions social media companies make. We thought social would control media narratives, VandeHei said. But now media companies need to find the most effective and trustworthy sources for content distribution for their consumers.

Peter Hamby discussed trends in video he’s seen working at CNN and Snapchat. Most video content we see is repurposed from something shot for television. Hamby said part of the reason why his Snapchat show is so popular is that high quality production value video is still hard to come by, but not less appreciated by viewers. By investing in high-quality video and sharing that content through Snapchat, Good Luck America has been able to draw and retain its audience’s attention. Also, Good Luck America shoots vertically, to take into account the fact that most viewers are watching from their mobile devices. Hamby recommends keeping this approach in mind. “The future of media is vertical video,” he said.

VandeHei and Hamby ended on an optimistic note about the future of media. What they both acknowledged was that constant change is inevitable.