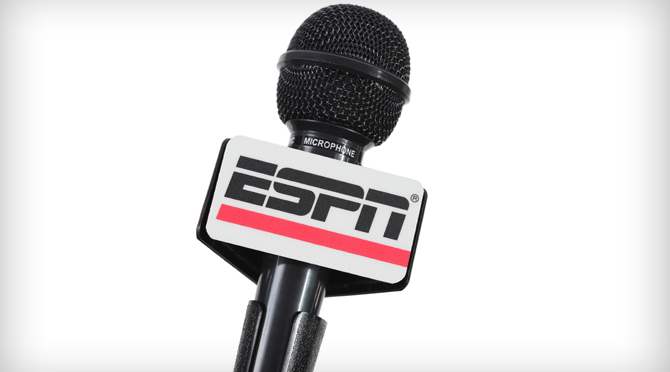 In 1993, I was a senior in college when a new ESPN SportsCenter anchor named Stuart Scott arrived on the scene. I remember vividly sitting in my campus apartment with my roommates and friends watching and listening to this guy with his crazy expressions and an energy that was completely different than the anchors I’d grown up watching. I recall laughing and joking amongst my friends that he was out of his mind and would never last. What I didn’t know at the time was that even more than 20 years into a career in communications I’d still be learning valuable lessons from the way he approached his job and his life.

Stuart Scott taught us that it was okay to be different as long as you believed in what you were doing. Much like many of our great innovators and business leaders such as Steve Jobs and Bill Gates, Scott believed in breaking from the status quo and paving his own path. Those more interested in creating an image will change with public perception while those with true passion and dedication will stay the course and bring others around to their way of thinking.
Scott could be a bit outlandish and outspoken at times, but you were never left with the impression that he was faking it. For better or worse the thoughts echoed by the man on your television screen were sincere and his own.

When you work in a field that is centered on crafting a message and influencing the actions and behaviors of others, it serves as a good reminder that sincerity almost always trumps creativity.
We often advise our clients to take on the subjects and issues they care about and to be genuine in their commentary and points of view. Whether dealing with media or managing your social channels, passion is not something that can be faked and imposters are quickly dismissed.

Scott was not liked by everyone as many did not appreciate the style he brought to the broadcast, but nobody ever said he was not original or passionate in his approach.

I realize that ESPN is dedicated to sports and that some subjects are a bit more serious. However, wouldn’t it be refreshing if everyone approached the role of communicator that way Stuart Scott did?

I never met Stuart Scott and if I’m being completely honest I hadn’t followed his battle with cancer all that closely over the past several years. However, when I learned that he had passed Sunday morning I found myself feeling extremely sad. Perhaps it was the reaction to yet another young person being taken way too young by this terrible disease or maybe it was the reminder that more than 20 years have slipped by in the blink of an eye. But whatever the reason, the fact remains that we lost an original.

Stuart Scott dared to take his own approach and along the way taught us all some very valuable lessons. While I’m sure he felt the pressure from the establishment at times, he remained as “cool as the other side of the pillow.”