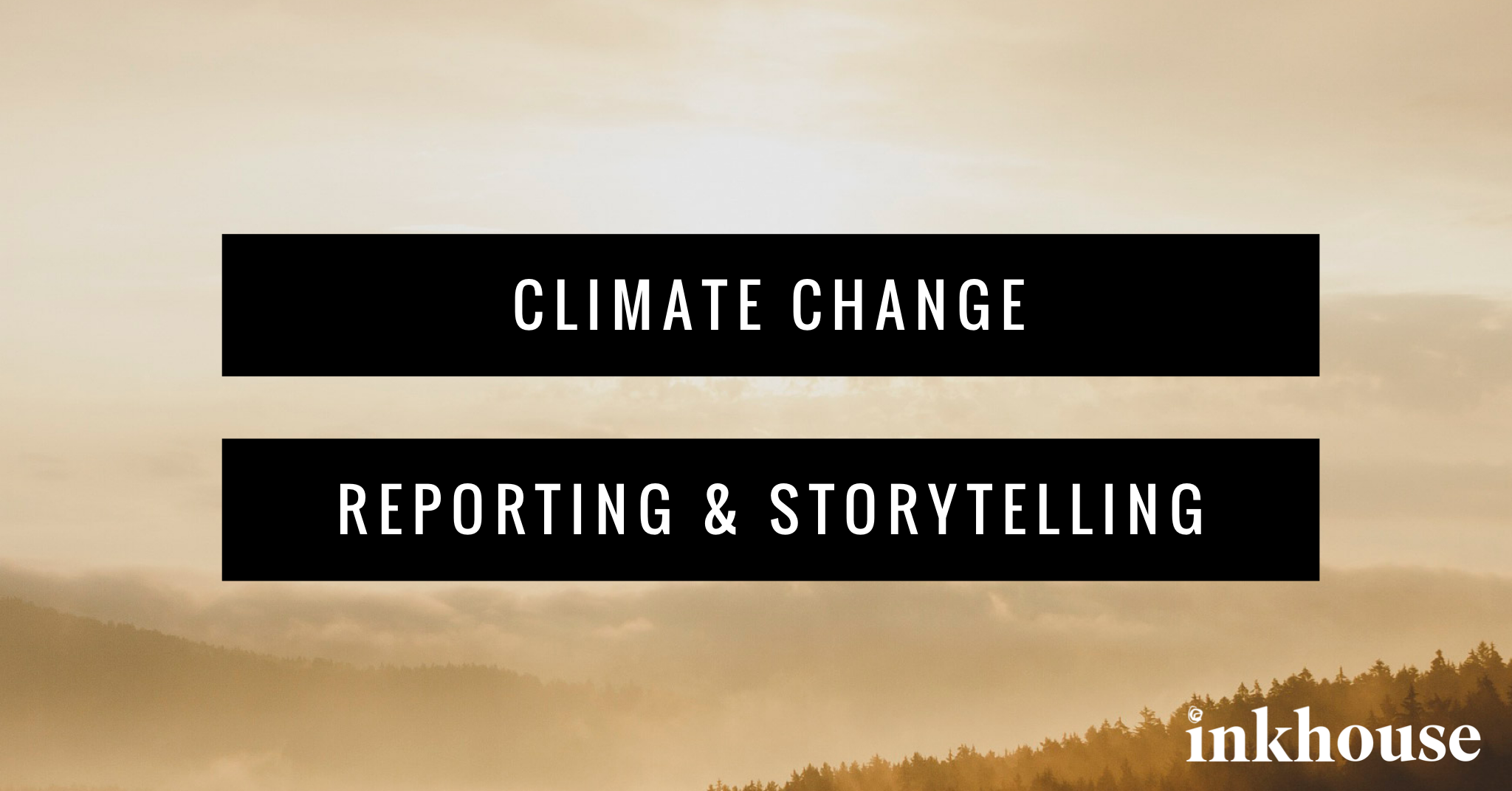 At Inkhouse, we have the privilege of working with clients who are making meaningful changes in the fight against climate change. In anticipation of Earth Day this year, I interviewed award-winning, veteran climate journalist John Fialka. John first began his reporting career in the 1970s, and in 1981 joined The Wall Street Journal’s Washington D.C. Bureau. There, he reported on a wide spectrum of issues - everything from investigating political action committees to covering military and intelligence matters. He began reporting on the environment and climate change in 1995.

In 2008, John became the founding editor of Climatewire, the first Internet newsletter devoted to the policy, business, science, politics and social impacts of climate change. Since 2016 he has reported for Climatewire on science and business issues from Denver. Climatewire is published by E&E Publishing, LLC, in Washington, D.C., and was recently purchased by POLITICO LLC.

Below, John shares his thoughts on how climate change reporting has changed in the 25+ years since he first began writing on the topic.

Emma: You’ve been writing about climate change since 1995. What about it interested you back then and how has climate reporting changed in the past 25 years?

John: Back when I started covering climate change it was mostly a puzzle for a lot of people, but it was a great opportunity for me. I quickly got a sense of the difficulty and enormity of the problem, but back then it was really just the beginning. I had to do a lot of basic homework on the stuff that I hadn’t looked at before, like the coal industry and how it operates. In the old days, there were big oil and coal companies that just wanted to propagandize their way out of all this without having to confront the issue. That has changed--now you see oil companies buying businesses that are charging electric cars and changing their whole approach because they know it’s good for business. That’s exciting because it will help bring on a period of innovation, which is what we need.

Reporting on climate change has its ups and downs. For instance, a lot of us were astonished when the Trump campaign called climate change “a hoax.” His presidency set everything back four years and the U.S. was in a long period of climate change denial. There was less media coverage on climate change and people seemed to not worry about it as a serious problem. It was sad what he did.

Emma: When you were a founding member of Climatewire in 2008, did you expect it to grow as much as it did? (Climatewire was just purchased by POLITICO.)

John: I actually did expect it to grow, but most people didn’t. When we founded Climatewire, I thought the issue of climate change was being ignored by a lot of smart people--it was tragic and I thought it could really hurt us in the future if we continued to ignore it. We quickly developed an international audience because a lot of foreign countries wanted to know where the U.S. stood in its stance on climate change. Many industries wanted to get a clear idea of the politics and the science, so we tried to cover a lot in those areas specifically. When I moved to Climatewire, it was a new experience for me because I had been a reporter for my entire career and here I was managing 12 people, including one in China and one in Europe. It was a change in my work and lifestyle, but I found it really enjoyable. Climatewire was one of the first outlets devoted purely to energy and related topics, and one of the first to really take a holistic look at the topic/field. Environment & Energy Publishing really took a risk with bringing on and starting this new unit.

Emma: What do you think about the Biden administration’s proposed climate policies?

John: Biden is burning up the track when it comes to laying down climate plans--the number of executive orders written in the White House in the first month he became president set a new record! And they are full of detailed numbers and plans. It will be terrific if he can make three quarters of these things happen, as the U.S. is behind with all of this work when compared to European nations and, to some extent, China. It’s almost like they've all had a head start and we’re playing catch-up in a lot of the areas that we pioneered--like solar power, wind and EVs.

Emma: How can PR pros be most helpful to you?

John: I appreciate when people who know me call me up and say, “Hey, did you know about this?” Time is of the essence for daily reporters and so to know when someone can talk about solving a problem or a changing policy, it’s pretty exciting stuff for a daily news outlet. I always appreciate being alerted to the source and the topic in the first place. Some people in PR do just that, and then there are others who really think about how complicated all the science is and break it down. Generally, I don’t know what I would do as a reporter without a lot of people prodding me with new ideas. The best PR people do that, and often that gives me a longer lead time to explore issues. With climate change and the technologies that will be needed to cope with it, we will encounter a sprawling number of unknowns.

John: It will easily take 30 years to come up with viable alternatives that actually work in fighting climate change. It will be a long journey for all of us, including journalists who work on covering the topic day to day. We need to come together as a country and realize that climate change is a real issue. We need to take it really seriously -- a lot of questions need to be answered. Biden is beginning to push us in that direction, and that’s new and somewhat radical. A lot of people have to wake up to this reality and realize that climate change will impact them, their jobs and their grandkids, and if we don’t solve it we will be faced with some difficult times. With that said, there are people waking up and not dismissing it anymore, and many smart people are innovating in the climate space.

Note: This interview was edited for length and clarity.

Want to know more about our growing energy and climate tech practice? Subscribe to our weekly newsletter, follow us on social media or drop us a note at workwithus@inkhouse.com.

Emma Heilbronner is an Account Executive at Inkhouse, a role in which she helps drive media relations and develop content for each of her clients.