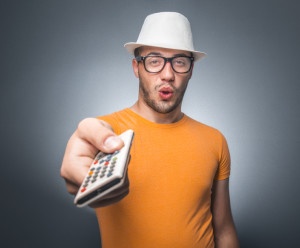 This week, CNN announced the launch of Great Big Story (GBS), or what Fast Company is calling CNN’s answer to sites like Vice and Buzzfeed. The new video network is backed by CNN and Turner Broadcasting but is independently owned and not strictly a news organization. The mission, according to the network, is to produce content that goes deeper than cat videos and lists of other sites and to, instead, feature content about new frontiers, the human condition, planet earth and tastes and flavors.

as sponsored. The site will premier three to five new videos per day and will have a homepage, but the primary distribution channels will be via social networks, an app, and soon, streaming sites.

Both the branded content and the editorial content will be created by the same editorial team, so the look and feel of the stories will remain consistent. Some of the first videos on the new site include a look at the life of the world’s strongest man, the history of Chef Boyardee and the voice behind the Kool-Aid man. While the last two don’t appear to be sponsored, they show potentially how brands can create content that is relatable while telling their story. As the boundaries between paid and earned media continue to blur, the way GBS presents its content for advertisers and editorial alike will be one to watch. It will also be interesting to see how this content is delivered to the target audience and where they find it.