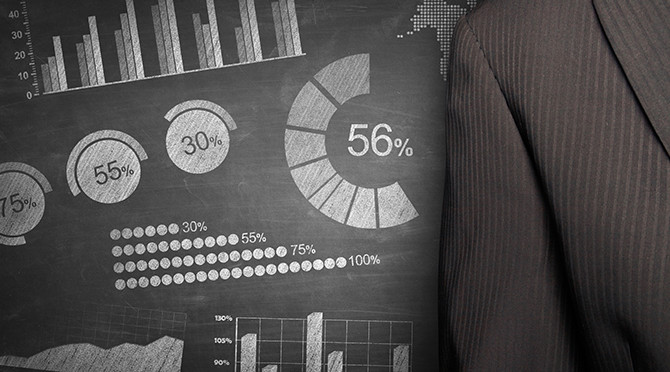 Kyle Alspach, BostInno's new national technology editor.
Longtime Boston technology writer Kyle Alspach recently moved from BetaBoston to BostInno - where he’s the online tech publication’s first national technology editor. During a recent conversation with InkHouse, Alspach, who was the technology editor at the Boston Business Journal prior to joining BetaBoston, discussed why he made the jump to BostInno, how he shapes national tech coverage and how much he and his team think about clicks and SEO when they’re developing stories. When he’s not getting the scoop on the newest startups in Boston, Alspach can be found raising hot peppers in his garden, playing drums in his band or relaxing with his cats.

Q. Why did you move from BetaBoston to BostInno?

A. The main thing for me was getting the opportunity to have more of an editor role, and to work at a place where I’d be overseeing overall coverage and working with other writers. I really benefited - when I was at the Boston Business Journal and Mass High Tech – by working with editors.  I came in [to those publications] and didn’t know anything about how to cover tech companies and there were a lot of people who knew a lot about it. That was such a huge help. Now that I’ve been doing it for a few years, it will be a cool experience to work with people who are interested in learning how to cover tech news. I was also interested in BostInno just because of the fact that there’s certainly the sense out there that the web is where journalism is going to be in the future – there’s no debating that now. So I was attracted to work at a place where that’s all they do – covering news for the web. Other places I’ve worked, it was a big deal, but it wasn’t the priority. That changes your mentality. If you don’t know how to write news for the web, you stop existing. I wanted to see what that was like.

Q. How do you approach technology coverage at BostInno?

A. The idea is to obviously do the most compelling tech company coverage in all of our markets [BostInno parent company Streetwise Media also has publications in Chicago and Washington D.C.]. It’s interesting to see that not just in California, but pretty much every large metro area with colleges and young people, you see these startup meccas pop up.  Overall, our approach is just ‘how can we be the go-to source for covering that phenomenon.’ In Boston it’s not especially new, but there are some new things about our market – for instance there are a lot of consumer tech startups in Boston now.  In Chicago it’s very new and in D.C. it’s the same thing. There’s a huge opportunity to tell people about not just that there’s this new app … but that there are these people making these apps and they’re potentially going to be changing things about your city.

Q. How much are you think about clicks and SEO when you’re writing a story?

A. Once we decide something is an important story, we think a lot about it.  It’s a big opportunity especially for things that are breaking or events. You know Apple is going to have this announcement ... and you know there’s an opportunity to get traffic from that - things like that. It’s kind of a different mindset.  I covered Google announcing its new Nexus phone and we thought, people are going to want some digestible information about this and I don’t want to just be another person writing it - but I do want to be useful. So we created a post about the exact differences between the new Nexus phone and the iPhone Six Plus. It worked out well and a lot of people were interested.  SEO is especially crucial when the entire world of tech journalism is covering something. We try to not do stuff for the sake of doing it. We try to be really fast and have it there immediately and differentiate ourselves.

Q. What is BostInno’s expansion strategy? Are you trying to be a Boston-based TechCrunch?

A. I think it’s somewhat of a unique model. I don’t think anybody else in tech news has put up a map like we have, that shows all of the cities where we’re planning to expand into next.  The goal is just to be the go-to startup news site in as many cities that there’s a need for one. I haven’t heard a lot of talk of expanding into Silicon Valley, but I know we do want to expand into L.A., Seattle and Austin, Texas.

Q. What are some tech trends you’re watching now?

A. One is the great debate about what is Boston’s identity. I did something on my first day on BostInno about it, about how losing Facebook isn’t that relevant to the conversation anymore. I think there’s a lot of proof that a tech startup can become a big tech company in Boston - it’s not a given that they’re going to leave and not be able to become large here. The big counter example is Wayfair …. It’s nowhere near Facebook’s size, but if Boston didn’t have the ingredients to build a large tech co. then Wayfair wouldn’t be here.  There still are so many challenges - one is that we didn’t do anything about non-compete agreements. I don’t think anybody in the early stage thinks that this is helping us.

A. The biggest pet peeve is to have there be significant news, a big funding or an acquisition of a company that I’ve been following for a while and then to have no heads-up or even – at least send me an email about it. If the company I’ve been writing about for three years gets a big VC round … and I see it in TechCrunch … it just makes me look like I’m not doing my job. What is the point of me dealing with a person at a PR firm at all if they‘re not going to keep me in the loop? I definitely want to get the exclusive, but I don’t’ ask for them on fundings.  I want it to be on something where clearly I need to differentiate my coverage. If there’s a new startup in town I want to be the first person doing the story.