Meerkat: Everything You Need to Know About the Live Streaming Video App 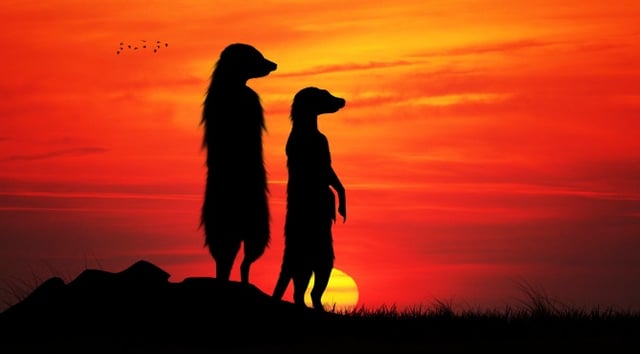 It's 9:00 p,m. on a Saturday. Yale’s men’s basketball team is playing Dartmouth in Hanover for a chance to clinch their first NCAA tourney appearance and Ivy League win since 1962.

I’m sitting at a restaurant in Boston, attempting to multi-task by talking with friends while simultaneously refreshing the Yale Daily News’ Sports Twitter handle like a crazy person.

If the tweeting stops, it's because I passed out.

1.9 seconds: Heart beating wildly, I wait for YDN to update. They tweet the following: 1.3 seconds:

|LIVE NOW| For a trip to the NCAA Tournament - #meerkat http://t.co/WQNaPTYTAA

Intrigued (and excited to potentially watch history in the making), I follow the link, log into Meerkat with my twitter credentials and then watch the YDN live-stream the last 1.2 seconds of the game from Hanover via a smartphone.

Meerkat, a new live streaming app that launched February 27th,  totally transformed the experience of “watching” the game on Twitter, allowing me and hundreds of other Yale fans to experience those heart wrenching seconds as if we were really there.

It wasn’t too long ago that Twitter changed the way we find out about events and news in real time. The addition of Twitpic and Instagram gave us the ability to share photos and video of events, bringing us close to experiencing events as they unfold “live.” Of course, that immediacy is limited by the fact the tweeter has to constantly update their feed with new information. That’s why Meerkat is so exciting.

Meerkat takes the idea of immediacy one step further, letting you broadcast live video through Twitter. Like all the best new apps, it’s incredibly simple: you can schedule a live stream, or start one immediately. When the live stream starts, a tweet goes out letting your followers know that that you’re broadcasting. They can follow the link to watch and then comment in real time. Following in Snapchat’s disappearing footsteps, Meerkat videos are ephemeral, and cannot be replayed after the streaming ends.

Even the “rules” of Meerkat, are simple (and pretty much the only information on their website)

- Streams will be pushed to followers in real time via push notifications.

- People can only watch it live. No reruns.

- Watchers can restream any stream to their followers in real time.

- Scheduled streams will be distributed in the community by their subscribers. Your own streams can be kept locally on your phone, but never on the cloud.

- Everyone can watch on web

WHO IS USING MEERKAT?

The app launched less than two weeks ago and already some major tech and publishing players are using it. Buzzfeed’s Mat Honan used it to give a tour of San Francisco's Civic Center neighborhood. In a meta-move, a TechCrunch reporter used Meerkat to live stream himself talking about Meerkat. CNN’s Jose Pagliery used it to host a tech talk. Even The Today Show signed up.

Part of the genius of the app, is it automatically generates a tweet inviting you to watch “LIVE NOW,” creating the kind of immediate call to action that we know is essential to engagement online. In addition, when you click on the link, you can see how many other viewers are watching the live stream with you. As Andrew Wallenstein, Co-Editor of Variety noted: “It may be the closest we’ll get to teleportation.”

WHAT SHOULD BRANDS DO WITH MEERKAT?

Already, some brands have experimented with Meerkat on their feeds, including cool kids like Starbucks (for livestreaming coffee roasting) and Everlane (for a peek inside their offices). The question for businesses then, is how to use Meerkat to advance their social content and engagement. Here are a few ideas that live streaming video can augment your social strategy:

- Instead of streaming a presentation at an event or conference, use Meerkat to invite your followers to watch live.

- Schedule live stream demos of a new product to coincide with a launch.

- Invite fans to “tour” your office or just showcase a fun event for an inside look at company culture.

Meerkat, like the small desert-dwelling carnivore it’s named for, is all about “popping” up and sharing real-time video as it happens. Like many of most obsessed-over apps (Twitter and Instagram, for example), Meerkat has direct implications for how the media collects and broadcasts news.For PR professionals tasked with understanding how news is created and consumed, it’s clear that Meerkat could be the next major app in this space.

Yale plays Harvard this Saturday for another chance at the NCAA tournament. I’m looking forward to watching it unfold, live on Meerkat.

Yale and Harvard will meet for a playing of The Game: Basketball Edition: 2.0. You can't make up a rivalry like this.