This Brit is shocked and disturbed by yesterday’s stories in The Guardian and Mashable about how the British favo(u)r shutting down Facebook, Twitter and Blackberry in cases of social unrest, according to a recent survey. Apparently, 70 percent of British adults would support this!

As I wrote this summer, social networks were not to blame for the London riots and I’m sad that my fellow Brits do not appear to be on the same page. Now, I’m not one to get political but, to me, social media epitomizes the very essence of free speech and democracy. Social media empowers us with a voice and a conversation. The majority respects the opportunity that social media presents; inevitably a minority will abuse it.

Interestingly, the demographic most supportive of a shutdown, according to the survey, was the 65+ crowd while 18-24 year olds, the most active group on social sites, disagreed most.

And I concur. Muzzling social networks during times of unrest is tantamount to censorship, pure and simple. A better approach would be to harness the power of social sites and the millions of people using them to communicate, engage and organize change – in a way that respects the law. 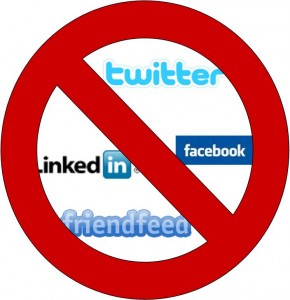