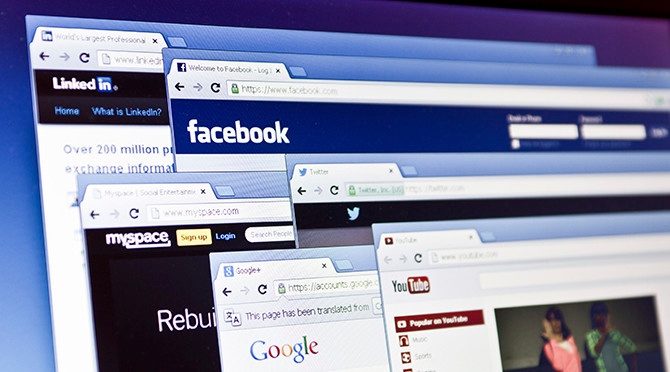 No More Space for MySpace: How PR Could Have Saved the Day

“The new MySpace is the social and music discovery destination powered by the passion of fans. Music, videos, photos, and TV, made social.”

Such is the self-described mission of the “new” MySpace, as featured on its revamped website. Some may scratch their heads, unaware that the former social media giant still exists, while others recoil in fear that a profile of their younger self lies stagnant in the shadows of the Internet stratosphere, threatening to resurrect and ruin their young professional careers.

You may have an inkling as to which reaction I had.

Once I accepted the prospect of encountering my self-portrait-snapping, fAnCiiE-tYpiiNg former online life, I took a second look at this description and was struck by a few things.

1. MySpace is not veering—too far—from its “social” roots. Or so it claims. Although a competitor of “Social Network” Facebook, MySpace is intent on maintaining the aspects of its human connectedness that once made it famous: the social factor. It names “social” before all else in its self-description, even listing it twice. The website itself, however, reads as much more of a destination for music lovers than a forum by which to interact with other users.

2. A new face, but the same old reputation. It’s as if MySpace has undergone a makeover akin to Olivia Newton-John at the conclusion of “Grease”—suddenly it’s flashy, musical and dressed up in black. But will this be enough to escape its tarnished reputation? A sexier appearance is one thing, but without meaningful content advancements, users will not be compelled to return.

3. There’s a lot going on, but what’s going on? The range of entertainment mediums listed does not give MySpace a sense of variety as intended; instead the site comes across as a product that doesn’t know its own niche.

The new MySpace has some heavy hitters in its corner, notably Justin Timberlake, who made news in June 2011 by investing in the website. Timberlake embodies the plurality of entertainment options that the site description boasts, having successfully transitioned from the world of music to film, fashion, comedy, and now social media. He was scheduled to drop his long-awaited single "Suit and Tie" in sync (no pun intended) with the launch of the new MySpace. With a charismatic star on board who has a financial interest in the site’s success, what could go wrong? You’d be surprised.

For one thing, a scheduling conflict with a large-scale, highly-anticipated Facebook media announcement can go a long way to thwart a re-launch. A week prior, Mark Zuckerberg stole the show by flirting with journalists to “come and see what we’re building” the following Tuesday, prompting a flood of press predictions as to what could be in store. MySpace was granted a full week to steer itself away from the shadow of the Facebook machine, but bound to the release date of Timberlake’s music, it was essentially paralyzed. For all intents and purposes, Facebook eclipsed MySpace’s intended momentum in the media world.

An effective public relations team would have stopped this train long before it left the station—and certainly avoided the unfortunate Facebook timing issue. In order to relate to the public, the hard conversations about objectives, competitors and intended audience should have been much more expansive and thorough. Smart PR professionals would have advised MySpace’s development team to make one of two choices: either embrace your roots as a social network and strive to advance website features to compete with Facebook head on, or if you opt to fill a gap in the music world, embrace this completely and avoid sending mixed signals by claiming to be social above all else.

At the end of the day, Facebook has a full command of its trajectory, able to wittingly revise its identity and entice the media with every move it makes, while the new MySpace, lame and unsure of its own purpose, scrambles to fill the cracks.