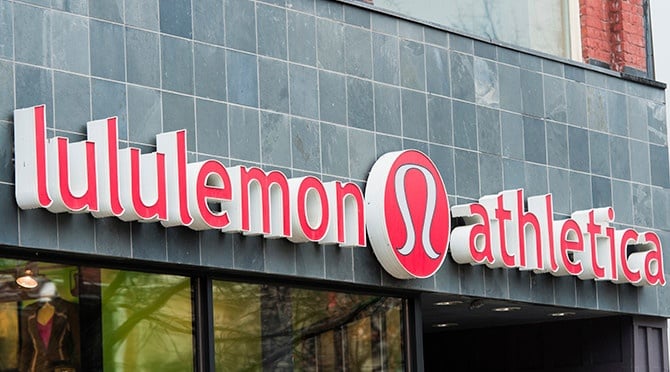 Chip Wilson, founder of yoga retailer Lululemon, announced that he would be stepping down as chairman of the board early last week. The decision followed a string of controversial comments Wilson made to the media, including a Bloomberg Television interview in which he responded to recent issues with the fabric used in their yoga pants: "Frankly, some women’s bodies just don’t actually work for [the pants]…It's about the rubbing through the thighs and how much pressure is there." His response resulted in some outraged responses from consumers.

A week after that interview, Wilson posted an apology video on the company’s Facebook page but did not directly address his comments or his customers. Many found the video vague, insincere and even went so far as to dub it the 'worst apology ever.’ “From a marketing standpoint, Chip Wilson’s apology is kind of a disaster,” Business Insider’s Ashley Lutz says in an interview with ABC News.  “It seems like he’s saying I’m sorry I got caught, but I’m not sorry I said it.”

Apparently his investors agreed. Along with the news of Wilson’s demotion, the company also stated that CEO Christine Day would be replaced by former TOMS President Laurent Potdevin.

Of course, being the face of a high-profile consumer brand is never easy, but there are many PR lessons we can take away from this situation:

1. Practice responses to hard questions: Always assume you will get tough questions. Ask yourself what is the worst thing the reporter could ask, and then work out a reply – in writing. For a helpful cheat sheet, check out Anne Baker’s post on what not to say in an interview.

2. Video is a separate and unique medium: Responding to news through video is its own distinct craft—particularly if it’s an apology. The script, of course, should be carefully constructed. However it is not simply the words that are said, but also the manner and intonation in which they are conveyed. Everything from subtle facial nuances, to the wardrobe and background choices matter.

3. Review all content before posting on company social channels: This one seems obvious, but the review processcan be overlooked in a moment of panic and pressure to respond to public scrutiny. On paper, the video may have seemed perfect, but the final tape should have been questioned from every angle. Is this believable? Does it share our company message? Are we connecting with our audience? Never share a piece of content that does not perfectly align with the company’s voice, intentions and image.

For a different (and more humorous) view of the Chip Wilson scandal, check out Stephen Colbert’s report.