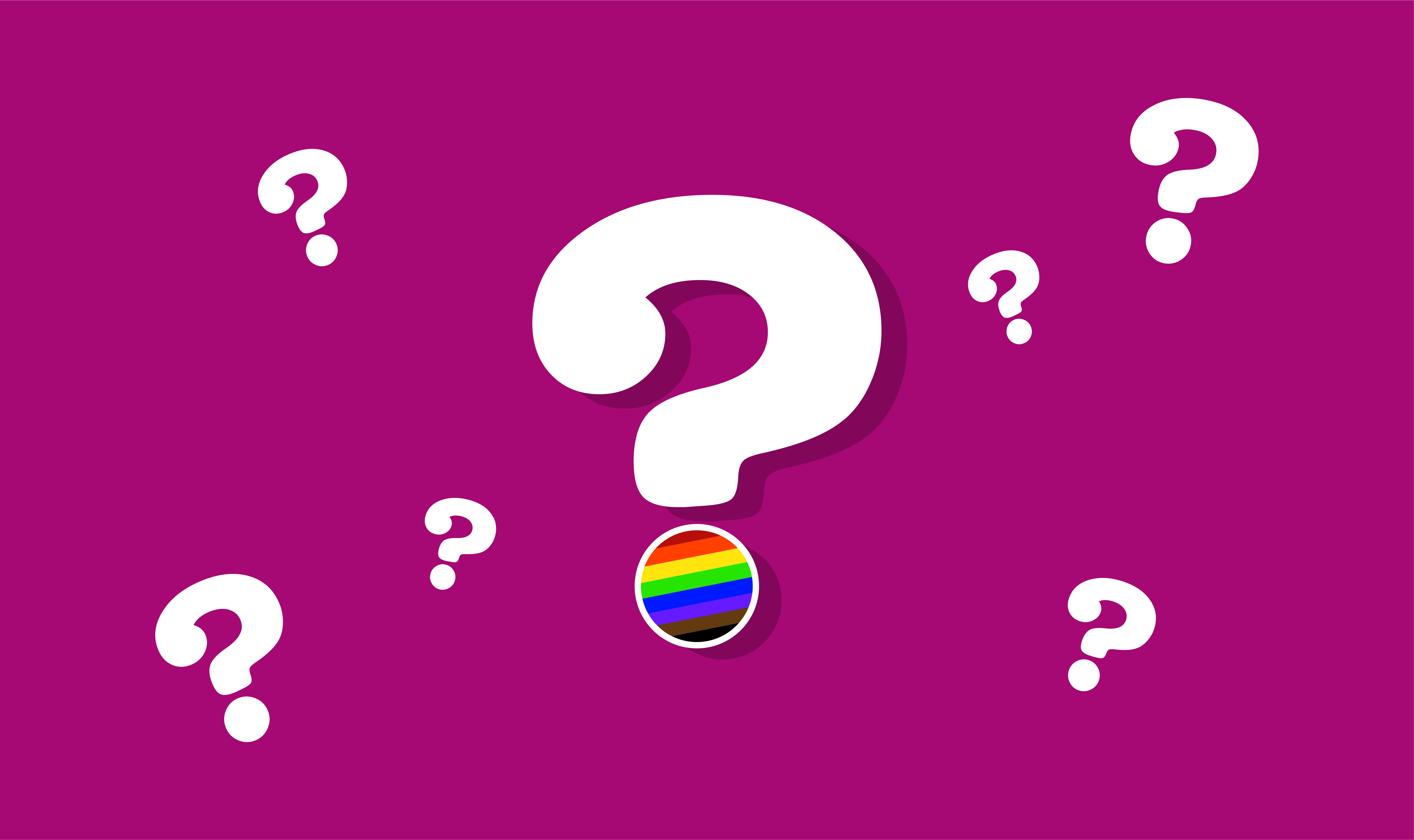 Pride, Inclusion and the Vulnerability to Not Know

Pride month has been, for InkHouse, a time to celebrate and welcome all to come as they are. But how do we acknowledge and honor the millions of ways of being when society tries to fit people into binary categories like male/female and white/black? How do we measure real inclusion? And should we be putting people into buckets? These questions are much more complex to answer than simply patting ourselves on the backs because we welcome differences.

The hard questions are hard because we are all nervous to talk about them. When our design team created a graphic about gender pronouns, I was delighted and then two beats later realized that I didn’t know when I should use the “they” versus “Xe” vs. “Ze.” I ran over to a transgender employee I trust to ask. The answer: we each choose whatever pronoun we feel most represents us.

This year we added brown and black stripes for racial diversity to our pride rainbow swirl, and it opened up new conversations. One that began with when to use “black” versus “African American” got us deep into the complexity of identity. What about someone who is Haitian or Caribbean? Should we use the term “Hispanic” or should that be “Latinx”? And what happens when words fail to grasp a whole person and we're left with qualifiers such as half or quarter? Identity labels are subjective and individual.

These conversations only happen when we admit that we don’t have all of the answers. And one of the biggest impediments to these conversations is shaming people for their ignorance. I’ll admit to making the mistake of shaming early on in our inclusion initiative. I was mad. I was mad because the PR industry doesn’t pay women the same as men. I was mad because it was only 8% racially diverse. I wanted someone to blame so I ranted to our management team and tried to guilt them into submission (when they were already on my side).

This approach never works. Last fall I saw Tara Westover, the author of “Educated,” who grew up in a survivalist family on the side of a mountain and never set foot inside a school until she was 17 (she now has her Ph.D). I wanted her to be angry at her parents for the harm their ignorance caused. Instead, she said, “We can demonize bigotry but we should not demonize ignorance.”

Ignorance is evidence of a lack of education, and the only way to overcome it is through opportunity and curiosity. I write these words at a time of great shaming. We’re collectively angry about so many things, and we want a right side and a wrong side. My social media feeds are full of denouncements of who’s right and who’s wrong depending on which side of the guns, abortion, LQBTQIA+ rights, equal opportunity issues they sit on.

Polarity has never brought people together. If we want a world in which we are all accepted for our unique differences, we have to be willing to accept them in others while also finding the things that connect us. Because underneath it all, isn’t everyone looking for the same thing: to be seen and accepted for who we are? That’s also the best way to be creative and productive at work, by the way. It’s how we find belonging.

Some of us find that coveted sense of belonging by identifying with our gender, our sexual orientation, our racial/ethnic heritage, our faith, or name yours. Some of us find those parameters limiting and prefer to remain fluid. We have well-meaning officials and corporations counting their women and people of color on boards and in executive levels, but what about the people who want to be considered something in between or not at all? How do we mark progress in all types of equity or identification?

These are the questions I wrestle with, and I don’t have the answers yet. I’m sure we’ll make many more mistakes at InkHouse before we get it close to right. For now, I am issuing a call for curiosity, vulnerability and acceptance. When leaders of all types are willing to be vulnerable and admit when they don’t know, it opens up the space for learning. It helps everyone take more responsibility for our own areas of ignorance, and to educate ourselves. We can’t expect others to do that emotional work for us. Why not make your next book one written by someone who doesn’t look like you or share your background?