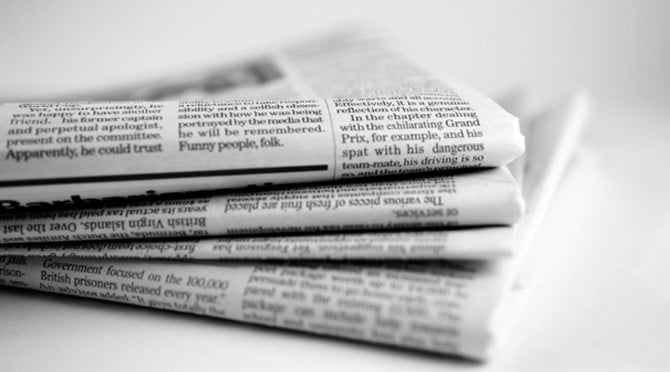 9 Tips for Retooling the Press Release to its Intended Audience: The Press

The press release is a lost art. Perhaps more importantly, in many situations it has become a communications tool that reporters regularly (and often willfully) ignore. Yet, PR people diligently continue writing them, and issuing them.

I studied PR at the Newhouse School at Syracuse University, which is a journalism school, and as such, focused heavily on the tenets of journalism. We learned that a press release should be designed as a news story. The goal was to produce a news story worthy of publication in a newspaper.

This might sound humorous today as you think through the hundreds of press releases you’ve seen (and maybe even written, cringe) that begin with, “ABC Corporation, the leading provider of best in breed e-commerce solutions…” However, today’s news cycles make the reality of verbatim pick-up a very real outcome – if the release is written well. Time-constrained bloggers often take pieces of news releases and print them as parts of their stories. This is good news for PR professionals because it means that the integrity of our intended messages is intact because they are printed word-for-word.

This also means that we need to rethink the press release. Following is my advice for crafting a press release that will draw the desired attention of the press, and increase the odds of reprints:

1)           Write a great headline that tells a story. The debut of a new product/opening of a new office/hiring of a key executive/etc. is not interesting in and of itself. To make it interesting, the release must illuminate why the company is making this move, what need it fills and who will benefit in ways that matter. The inverted pyramid still applies. Find the things that set your announcement apart. And if you don’t have them, maybe you should not be making an announcement.

3)          Keep your press release short. Unless you read the Economist or The New Yorker, you probably aren’t reading news stories much longer than a few paragraphs these days. Apply that to your press release. Shoot for one page and link to more information.

4)          Make it easy to understand. Newspapers are supposed to be written at a third grade reading level – so are press releases. Michelle Obama’s DNC speech reportedly broke the intelligence record for First Lady speeches by coming in at the 12th grade level. Whatever you choose, consider your audience and match the reading level accordingly. You can try the handy Flesch-Kincaid Readability Test that you can find in Microsoft Word or Outlook to determine the level of your document.

5)          Avoid jargon and acronyms. The moment you begin a press release with “the leading provider of,” “next generation” or “best of breed,” you’ve lost a big chunk of your audience. These phrases have been used so many times that they are virtually meaningless.

6)          Make the lede interesting. Nothing makes me want to push the delete key more than a story that begins with, “InkHouse Media + Marketing today announced that it has hired a new vice president.” Be creative with the ledes and make them interesting. Why not try leading with why this vice president is joining. Perhaps it’s to support a growing practice that is changing the PR industry. That is much more interesting than a personnel announcement.

7)          Keep it to the facts. No reporter will come close to using copy that sounds like marketing collateral. With the exception of quotes, the copy for a press release should be factual. This does not mean that it can’t be interesting too. In fact, it must be interesting. Just avoid color commentary until you get to the quotes.

8)          Make your quotes quotable. If there is cause to issue a press release, we hope your spokesperson is excited. When you begin an executive’s quote with the phrase, “We’re excited to…” you’ve lost your opportunity to say something meaningful. Your quote is the one place for your spokesperson to talk about what he or she thinks, so focus it on the meaning of the news, not how he/she feels.

9)          Don’t be afraid of controversy. The spokesperson’s quote is always a good place for a little controversy. This does not mean you should disparage the competition, but a perspective that is contrarian to others in your industry is always a great way to spark interest. This also makes your quotes a lot more quotable.