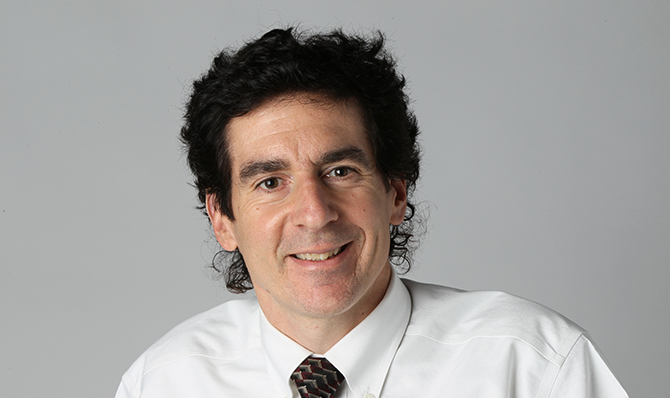 As part of our ongoing series of interviews with journalists, I recently checked in with my friend and Boston Globe reporter, Jon Chesto. These days Chesto covers power players in Boston’s business community, a wide-ranging beat that takes him from writing about City Hall to the South Boston waterfront, and everything in between. Before joining the Globe in the fall of 2014, he was the managing editor of the Boston Business Journal, and prior to that he was a reporter and editor at the Patriot Ledger. Chesto is known for his many sources across Boston, his dogged work ethic and his love of running and rock music.

What's your beat at the Globe and what types of stories are your favorite to cover?

I cover the "power beat" at the Globe, which loosely translates to covering the executives at our local employers, the deals they're making, the successors they're picking, the politicians they're working with, and the like. Because business and government are so intertwined in Boston, I cover a lot of issues at the State House and City Hall, as well as the quasi-publics such as Massport and the MCCA. That also means I write about the South Boston waterfront a lot, given how much of the land there is actually publicly owned.

One trend that we'll continue to see more of: Employers looking to move into Boston, or at least to locations with public transit access in and around the city. More people want to live in dense urban areas now, and companies want to be where the talent is. Think of GE, Reebok, Autodesk, to name just three. It's really an unprecedented time for Boston's economy as a result of this trend. We lost a number of big regional players over the years, making many people in the community worry that we were becoming a "satellite town." But now, we have experienced a rebirth amid this new era of globalization. It remains to be seen whether the protectionist approaches in Washington and in Europe will endanger that rebirth.

What is the biggest challenge in being a journalist today?

The biggest challenge involves time management and balancing the immediacy of breaking news with the thoughtfulness of deeper dives. There are so many places where people go to get their news. It's obviously not just the morning paper anymore. People want news as soon as possible. So that means a premium is placed on the short, and the quick. But serious consumers of news - people who pay to subscribe to sites like ours - also want enterprise, in-depth reporting. With the internet awash with news, fake and real, deep analysis is as valuable as ever. So striking that balance can be tough.

In this new political climate, how do you think journalism overall will be affected?

I'm actually encouraged that more people will pay to read news now, that there's a widespread understanding that our country can't afford to not have a professional press keeping an eye on things. That may be wishful thinking. But here at the Globe, a recent increase in digital subscribers seems to bear that out.

What are your thoughts on fake news and what bearing does it have on your work at a legitimate news organization?

Fake news has always been around but it has unfortunately taken on a more meaningful role in the discourse with the ease in which stories can be published and shared these days - and the willingness of many people to simply believe stories that already align with their preconceived notions or political biases. It just makes it that much more important that our stories (i.e., those at the Globe and other professional media outlets) be factually correct, in an airtight way.

What role do PR professionals have in your reporting? How many pitches per month/year do end up saying yes to? (Roughly)

PR people can play an important role in two ways: granting access to executives who might otherwise need a little coaxing or coaching, and getting information in a timely way, against a tough deadline. As far as story pitches go, I try to read or hear out all of the ones, at least all of the ones with local connections. It's hard to say how many lead to stories for me, though it's certainly a small percentage. And often the stories that do emerge aren't the same as the ones that are being pitched to me, but a pitch might send me in a direction toward a story that I might not otherwise have gone.