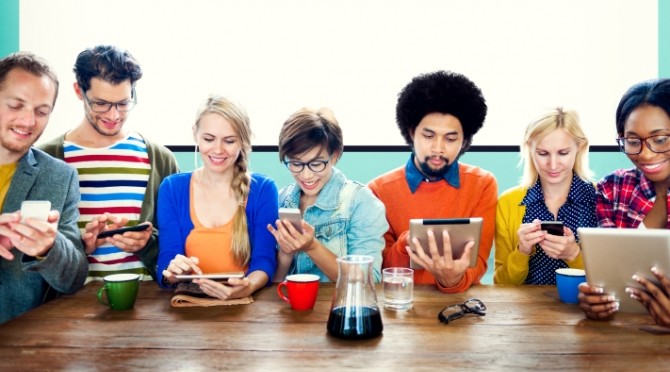 Connecting with your audience in a personal and meaningful way is more important than ever in the age of social media. With the average person spending 2.6 hours online on their mobile device every day, brands are finding new and creative ways to interact with and engage their audiences on a daily basis. Here are a few recent examples of brands that thought out of the box and took their audience engagement game to a whole new level.

Recently, the Smithsonian announced it is crowdfunding the restoration of Neil Armstrong’s space suit with a Kickstarter campaign. Why not just have a gala and raise more than enough money in one night, you may ask? By going grassroots, the Smithsonian is connecting with a far broader audience: people who visit the museum, the space-lovers who couldn’t afford to go to a high priced gala, the science classroom, and more. The results? Not only have they reached their initial fundraising goal, but also they went a step further and pushed their goal to include restoring Alan Shepard’s space suit. By engaging an audience that normally doesn’t get asked for help, the Smithsonian sparked a conversation with space and science fans that wouldn’t otherwise have happened had they gone the old fashioned route. More than 16,000 people shared the Kickstarter link, and more than 7,000 people have donated to the cause and each pledge is rewarded with space-themed gifts such as space ice cream, mission patches and tours of the museum. Asking people for help and giving them more access to the Smithsonian and NASA space research will not only engage their audience on a deeper level but also create more loyal and active participants who will sustain their commitment to the Smithsonian over the long-term.

2. Take a tip from the presidential candidates: use different mediums for different generations.

Modern day politics has candidates jumping through hoops in ways you would never have seen Abraham Lincoln or even George H. W. Bush doing. Jeb Bush announced his presidential campaign on Snapchat. Hillary Clinton recently held a Facebook Q&A to have a real-time conversation with supporters, reaching millennials (and others) who might not tune into TV. Clinton’s move was smart: after all, Facebook reaches more people than free TV, and it’s the #1 used social media network among those 12-24 years old. With Facebook leading social traffic referrals, and Snapchat being the third most used social network they cannot be ignored for a key voter demographic. But it’s not just about Snapchat and Facebook. We’ve seen celebrities and political candidates do live Q&As on Reddit, as well as Twitter and Facebook. No matter how awkward it is to see political candidates take to social media, they are leaping forward and smartly using a variety of social platforms to reach and engage with key voter demographics.

GoPro recently announced the launch of a premium content licensing portal for global advertising brands and agencies to license premiere video and images. This is another way for GoPro to reward its creator community. By offering an easier way for creative professionals to sell their content GoPro will continue to build a brand that strengthens user loyalty.

Not all brands have a product, but when you do, thinking beyond the product and helping users with associated activities is a smart move for strengthening customer loyalty.  If you can bring customers back to your webpage after a sale, you can share news, updates, share key messages and position your brand as a leader in your market.

In the age of inattention, everyone is competing for the public’s attention. For communicators, the key lessons from these three examples are that it’s always worth thinking outside the box and finding new ways and mediums to reach your different audience segments. The payoff is long-lasting engagement and brand loyalty.