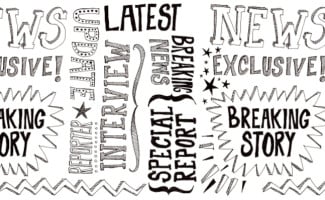 During the month of February, three major media publications made some pretty big announcements about their news offerings. The New York Times shut down its Bits blog, Yahoo closed several of its verticals (and announced the sale of its core business) and Fortune launched a new venture...called Venture. We’re all used to a constantly changing media landscape but it’s important to understand these changes and how they affect PR. I was curious about what all these announcements meant, so I dug in. Here’s what I learned:

“A New Look and Feel for Bits”

On February 10, Pui Wing Tam, a technology editor for The New York Times, shared that The Times would officially close its Bits blog--the decade-old blog devoted to covering news in the tech industry. While the blog is going away, the journalism and reporting that has supported it will carry the label of Tech, instead of Bits, and ultimately remain unchanged.

So what does this mean for you and me? On a small scale, not much. The technology reporters we follow and pitch regularly will still cover the same things. But looking at the larger picture, there’s a pretty big shift in how The Times is running its backend operations to adjust to a digital-first world.

The Times’ tech reporters used the Bits blog for nearly 10 years because it was the easiest way to publish articles quickly and grant instant access to millions of readers. Now, by getting rid of blogs, the paper is leveraging its custom content management system (CMS) Scoop to do everything from plan stories and track feedback to crop photos and collaborate in real time. Scoop enables the paper to publish 700 articles, 600 images, 14 slideshows and 50 images a day. Future versions of the CMS will also allow The Times’ reporters to track page traffic and social media within the platform. The change lets the paper and its writers publish more articles each day, while tracking and evaluating the engagement on each one. We’ll start to see more publications, like Vox Media, make similar changes as they take into account how their readers use technology.

Yahoo’s Global Editor-in-Chief Martha Nelson announced on February 17 that the company will start phasing out several of its news verticals to focus on its four most successful content areas. The verticals in question? Yahoo Food, Yahoo Health, Yahoo Parenting, Yahoo Makers, Yahoo Travel, Yahoo Autos and Yahoo Real Estate. The announcement followed the company’s quarterly earnings call, and isn’t a huge surprise considering the decline in the company’s core business over the past couple of years.

In early February, TechCrunch reported that the company could potentially be for sale in coming months, and during its last earnings report, Yahoo confirmed it would be laying off about 15 percent of its staff. To the surprise of no one, the company launched the sale of its core business. The message for PR people is to keep an eye on Yahoo and its employees. As the company makes changes not only to its content arm, but also to its core business, many of the reporters we work with may start looking for positions elsewhere.

On the 18th, Fortune’s Alan Murray shared plans for a new content arm of Fortune called Venture. The new service will  “provide inspiration, insight and advice to a new generation of business disruptors.” Lauren Covello is leading the project, along with Polina Marinova and Aaron Task who will also be part of the team.

So far, the page has several articles that cover a wide range of topics. The stories focus on how various entrepreneurs and startups have become successful and share takeaways to help others in similar positions. Many of the articles include interviews with and contributed posts by some of the most thoughtful and influential people in America’s startup scene. To land coverage here, reach out to one of the above masterminds behind the operation with an inspirational startup story.

Perhaps the most consistent thing about the media landscape is that it changes all the time. While change can seem overwhelming, for PR people, it can create a lot of opportunity.