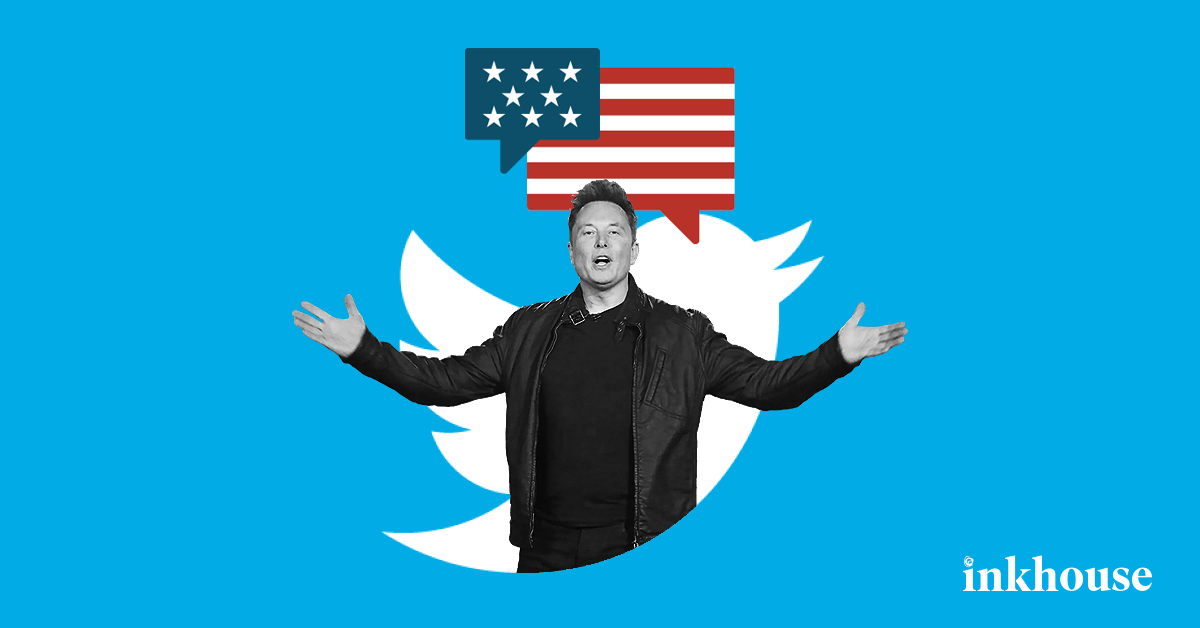 What to do about Twitter now that Elon Musk is in charge? His new Twitter bio says “Twitter Complaint Hotline Operator” and his location is “Hell.” What could go wrong?

Musk has been busy. He’s bringing in his own people and getting rid of the old guard. He’s making Twitter verification available to anyone who wants to pay $8/month, although it used to be $20, so who knows what it will be in 10 minutes. He’s also into video and wants to get Vine going again. Banned accounts remain so, for now (note that Election Day is next week) but they will be coming back. However, he’s saying Twitter will be enforcing fewer rules about speech — anything will go unless it’s illegal. Meanwhile, on Twitter, racist tweets ballooned upon news that Musk took over.

No one knows what Twitter will look like next week, nevermind next year. We’re all in wait-and-see mode. Personally, I’m laying off my tweets a bit during this period, but I’m watching what’s happening.

Since January the average Twitter follower growth rate has fluctuated from -.75 - 1.58%/month. Brands have already been dealing with an ever-changing platform, and they will have to be prepared to lean into new features that feed into the algorithm to get their content seen. This requires you to be flexible and fluid with your content strategy (Musk says that buying Twitter verification will help your placement in the news feed).

It’s "Brand Safety Week" right now. With brand safety and fraudulent traffic being a large concern on Twitter, it is important to double down on community management. Your engagement strategy is just as important as (if not more important than) your owned content strategy.

#3: It comes down to metrics

If Twitter is enabling you to reach your audience effectively, then these changes shouldn't scare you away quite yet. Stay put, set benchmarks, and closely monitor your average impressions, engagements, and conversions over time. If you start to see a drastic downward shift in these metrics or your audience demographics, it's worth moving your ad spend to other social networks.

During large news events, like the upcoming election, which will take over news feeds, it makes sense to pause some of your paid campaigns. As for your organic content, it is best to post in real-time and not schedule it for next week. Be sure to monitor trending conversations, and be mindful of the subject matter of the content you are publishing.

While this is anecdotal, we have been seeing monthly follower growth drop a bit so we’re watching how that will play out over the coming weeks. However, now is not the time for a mad scramble on Twitter. This ride is only getting started.