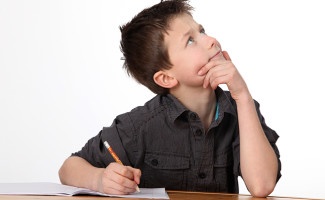 What's in a Brand?

Starbucks or Dunkin' Donuts? Nike or Under Armour? iPhone or Android? Odds are, you have a preference in one of these brands over its competitor. But why is that?

Sure, I like Dunkin' Donuts, have worn Nike basketball shoes for decades and bought iPhones exclusively since 2007. But what dictates these purchasing decisions? What motivates consumers to spend their money on a product? For most of us, it’s the way it makes us feel, the way we connect with a brand.

I drink Dunkin' Donuts coffee because I feel like I’m not enough of a coffee connoisseur for Starbucks. I wear Nike basketball shoes because growing up, every premier NBA player wore Nikes (although Under Armour holds today’s top spokesperson) and I wanted to be like them. I buy iPhones because, when I was younger, Apple meant “cool” and I’ve since become so accustomed with the navigation that it’s second nature to me. Coffee, shoes and phones are products, but I don’t identify these as the products they are, I think of them as the brands they represent.

This is the feeling that so many companies strive for from consumers, that connection that builds an identity and brand loyalty over its competitors. But how important is a brand? And what do the most successful brands do that keep loyal consumers coming back to spend more money on their products and services?

Successful brands know who their target audiences are and cater their messaging to appeal to those audiences. You wouldn’t expect to see an ad for fast food in Men’s Health magazine, or Nike and Under Armour talk about how great their athletic apparel is for sitting on the couch (even though it absolutely is). The biggest brands develop messaging that inspires their audiences to feel good about purchasing their products. Take a look at GoPro’s Instagram. They showcase everything from action sports, music and scenic photography. They are appealing to an audience that wants capture every aspect of an experience, whatever that may be, while creating a sense of accomplishment through their tagline “Be a HERO.”

Apple and Samsung each sell smartphones, but you’ll never see either of them advertise their product as just a smartphone. In fact, you’ll often see Samsung trying to prove how much the Galaxy isn’t like the iPhone. Apple’s advertisements are simplistic. While Samsung works to show off the features that the Galaxy has that the iPhone doesn’t, Apple’s approach is to feature the upgrades over its predecessor. When Apple launched the iPhone 6 in 2015, it incorporated the tagline “If it’s not an iPhone, it’s not an iPhone.” Later that year, Samsung responded with the tagline “It’s not a phone, it’s a Galaxy” for its Note 5 and S6 Edge+ models. Both highlighting how their individuality plays over the competition.

Delivering the same experience over and over again is what gives a brand longevity. McDonald’s has more than 14,000 locations in the United States, and the expectation they set is that a Big Mac you get in Boston will taste the same as a Big Mac you get in San Francisco. Their Golden Arches logo has remain unchanged for over 50 years, so when you see it on the side of the highway, you don’t question what the sign is for, you just know a McDonald’s is nearby. The biggest global brands are beacons of consistency, and that consistency brings fans back time and time again to feel that same level of excitement they felt when they first became fans.

Audience awareness, individuality and consistency build consumer loyalty and brand ambassadors that fuel repeat business. What are some of your favorite brands, and what makes them appealing to you?