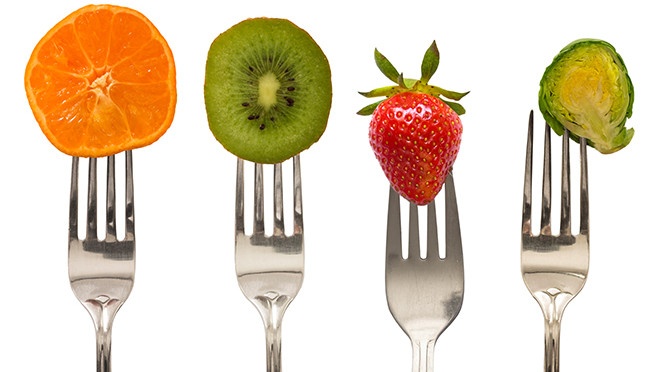 When I was a kid we had the food pyramid. It was designed to help people think about the right mix of foods for a healthy diet. The plate has replaced the pyramid but the idea is the same – you need to be mindful about what you put into your body in order to stay healthy.

Here’s one example. A few weeks ago, for reasons I can’t explain, I watched Nuclear 101: How Nuclear Bombs Work, Part 1, on YouTube. It was a lecture by Matthew Bunn, associate professor of public policy at Harvard. For years nuclear history has been an interest but the science is tough. Bunn made it very accessible.

He described the problem of achieving fission in a sub-critical mass. He explained that there are three solutions: add more material, reflect neutrons back in to the material, or compress the material. It made sense to me and it apparently lodged someplace in my head.

A few days later I was talking with a client. She was describing the challenge of more effectively using her global communication teams. Simply adding more money wasn’t the answer, she said. And then I remembered the lecture. Her teams, I said, were like the atoms in a sub-critical mass. Money was akin to neutrons. Adding more could help, but so would using consistent messages and materials (similar to reflection) and better coordination with the regions (similar to compression). It was an apt analogy and led to a more focused discussion on how to implement the approach.

With that example in mind, here is a way to think about media consumption in a way that can help broaden your mind when it comes to the events and issues of the day. In the world of MyPlate, there are five food groups: fruits, vegetables, grains, proteins and dairy. Applying this notion to media consumption, we could also think of five categories: foundation, expansion, practical, inspirational and indulgent.

Here’s what they mean:

Too much of anything isn’t healthy so it’s important to come up with a mix that’s right for you. For most people it’s easy to spend time with practical and indulgent media. It’s easy to justify it – the practical stuff can help you get your job done and the indulgent stuff is a necessary respite if you’ve been over-taxing the old grey matter.

Media isn’t like food though. You can’t measure it consistently in terms of calories. Does a copy of US Magazine equal two episodes of Parks & Rec? Is binge watching Breaking Bad the same as plowing through three weeks worth of the Sunday Styles section? And what should you do about that stack of ten unread New Yorkers? It’s pretty hard to say.

The important thing is to mix things up. It’s easy to get into media ruts and fall back to familiar formats or content. It’s also easy to stick with popular media. This gives you plenty of fodder for water cooler conversations but if everyone is consuming the same content they’ll also likely come up with the same ideas and observations.

It’s also important to recognize that the right media mix will vary from person-to-person and over a lifetime. A middle schooler will have a far different media profile than a veterinarian, who will likely be consuming different content than an airline pilot. While different people need to engage with different media, it’s important that they don’t isolate themselves in their own media universe.

This has been a big concern when it comes to political media. There has been an assumption that many people only consumed media that supported their point of view. Thankfully, according to a recent story in the New York Times, that isn’t the case. According to the story, what people are actually observed consuming differs – and if far more diverse – from what they report consuming. This is a hopeful sign.

Achieving a healthy media mix isn’t something that should be left to chance. As a first step, why not begin tracking what you read, watch, listen to and play? Do it for a week and assess your media diet. Are you watching way more TV than you meant to? Have you whiled away untold hours playing FIFA 15? Be honest with yourself. Then push yourself the find more balance.

As a communications professional, not only will this give you a glimpse into the actual media you consume, but it will also help broaden that mix, which will expose you to new ideas, help you make new connections and allow you to deliver new insights to colleagues and clients.