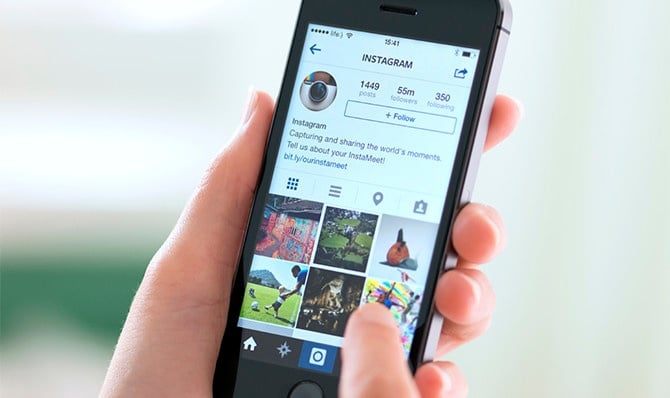 What started as a basic photo-sharing app has evolved into a global community shaping the way content is distributed. With over 400 million users who post 70 million photos and videos daily, Instagram has become the one of the fastest growing social media networks among U.S. adults.

However, businesses may find the platform tricky to maneuver. Without the ability to embed links and drive Web traffic, all engagement must take place within the app. (Check out our "Why You Should Avoid The Kelvin Filter & More Unwritten Rules of Instagram" post which breaks down some of these issues and how they apply to brands.)

Still there are several companies using Instagram in intriguing and cool ways - here are a few examples:

Last year National Geographic’s Instagram profile racked up a whopping 4,400 posts, garnering 1.5 billion likes and 13.7 million comments. As an organization that is deeply passionate about conservation, wildlife and travel, @natgeo’s snapshots are a natural fit for a visual outlet like Instagram.

While it doesn’t feature photos of celebrities like Kim Kardashian or Justin Bieber, @natgeo highlights a community of interesting individuals and wild animals who captivate and intrigue its global audience of 42 million followers. The company attributes its success in part to the 90 photographers and freelancers who run the account and post images while on assignment as well as the number of individuals who post inspirational #natgeotravelphoto. 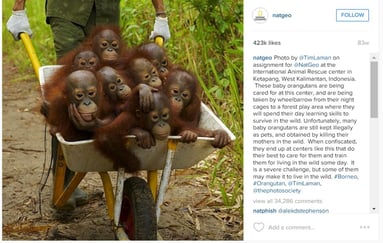 Every Friday Mashable highlights an Instagram account it admires using the hashtag #FollowerFriday. The weekly post features a wide-range of individuals such as graphic designers, artists, photographers and engineers. By shifting the focus to its audience, @mashable spotlights creativity and calls attention to people who might not normally be recognized, but deserve to be featured.

This particular #FollowerFriday post featuring a graphic designer from Malaysia received a number of positive comments in support of his work: 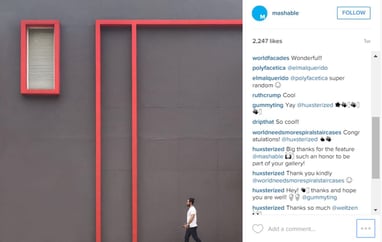 Apparel companies are known to capitalize on this trend, but technology vendors and consumer brands alike have begun working with brand advocates to produce creative content.

GoPro promotes itself as the brand behind “The World’s Most Versatile Camera” and its Instagram profile has some award-winning images to back up that claim. @gopro’s approach is centered around user-generated content and leveraging its 140-person roster of professional athletes, taste-makers and thrill seekers who represent the GoPro lifestyle. 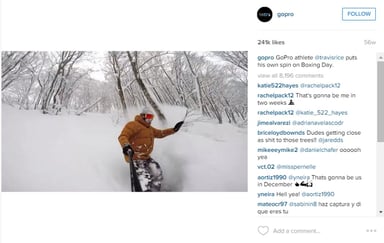 Instagram can be a great platform for companies to share their mission, history and plans for the future. Whether sharing stories of your founders, featuring a “day in the life of” an employee, or giving the inside scoop about an upcoming product announcement, connecting with the audience is an effective strategy that adds depth to a brand’s image.

IBM is glowing example of this. By taking followers behind-the-scenes of the offices, labs and conference rooms, IBM transforms its perception of being a fairly traditional technology company to form a deeper connection with its followers.

In this post, @IBM takes its audience behind the doors of the IBM Research Lab: 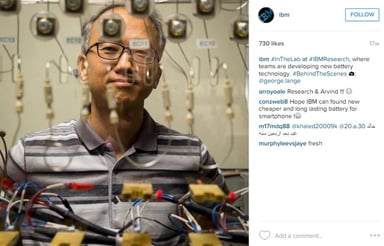 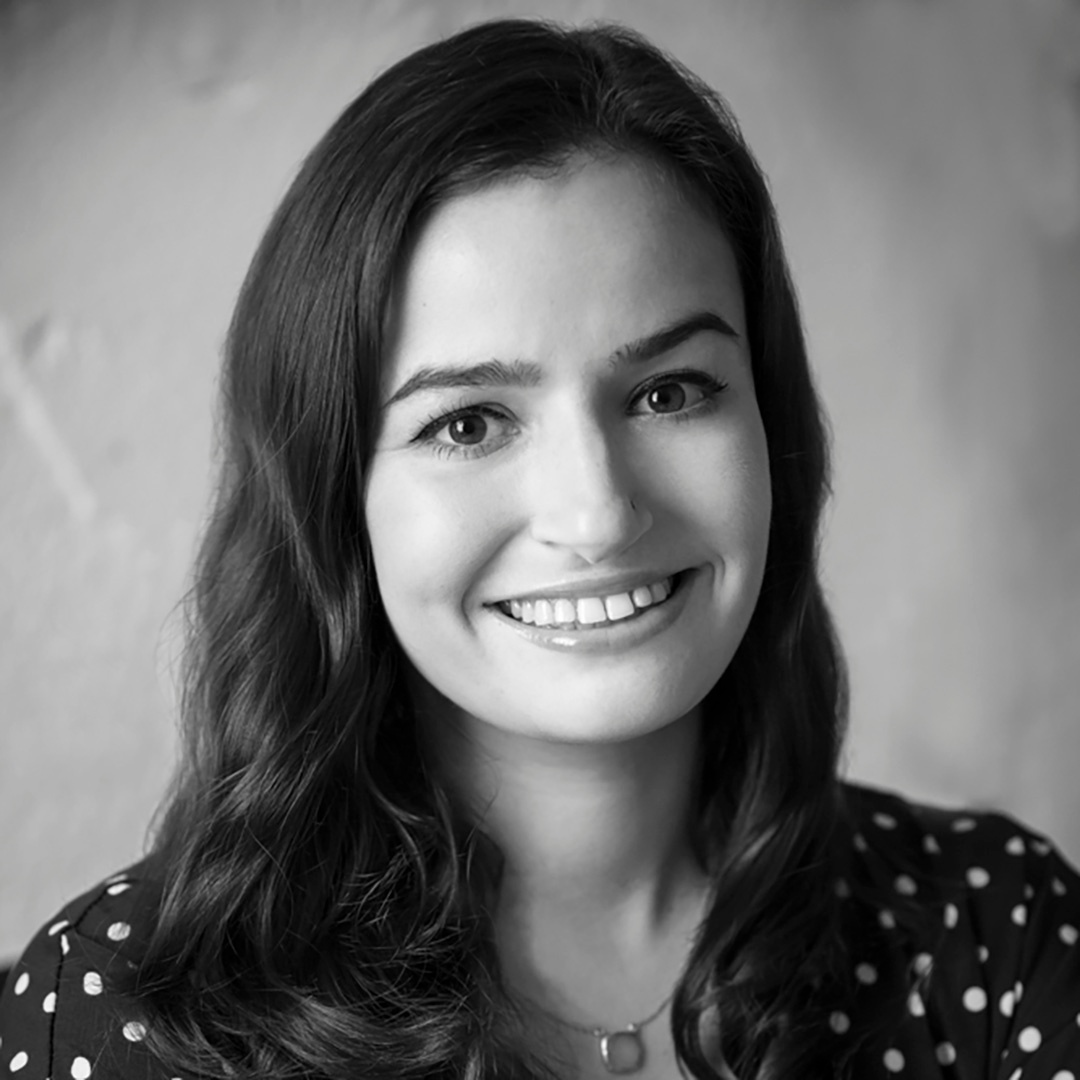