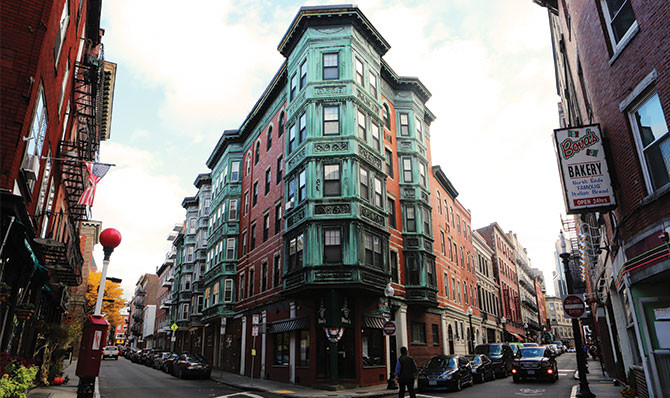 What do Millennials Want? Three Takeaways for Marketing and Real Estate

Millennials. The generation that has spawned studies, podcasts and think pieces ad nauseam. For good reason: by 2025, millennials will comprise 75 percent of the workforce, and brands and media platforms alike are catering to the generation’s interests. As PR professionals we need to tell stories that interest them on the platforms they use most.

Information about millennials and what they want is valuable across industries, and especially to developers who are looking to market real estate to a population that is entering the job and housing market in record numbers. As InkHouse’s Tina Cassidy has said, “the old ways of trying to market properties won’t necessary apply for this real estate cycle.”

With this in mind, the Urban Land Institute recently released its survey results on "What Millennials Want," covering housing and transportation preferences of young adults in Greater Boston. The survey was conducted by the ULI Boston/New England Young Leaders Group in partnership with The MassINC Polling Group, and its findings are based on responses from more than 600 Boston-based young professionals. From where they want to work and live to commuting and workplace amenities, millennials’ responses will offer developers insight into the group as they enter prime renting years and buy their first homes.

Here, we take a look at the survey findings and key takeaways:

Transit & Commuting:
Public transportation, walking and biking are all important options to young professionals in their commutes. Overall, 49 percent of respondents reported that they use the T (the subway or Green Line) normally get to work or school, with 39 percent citing walking. The percentage of bikers in Greater Boston is also higher than the national average, with 22 percent of young professionals saying they bike to get to work or school.

When asked what factors are important to commute decisions, 73 percent of young professionals say proximity of bus or train stops to home or work/school is “very important” and reliability of the bus or train is a close second (68 percent). Travel time and traffic congestion are next on the list, at 65 percent and 41 percent respectively. At the same time, there are subtle differences in importance within the millennial cohort. While younger millennials emphasize reliance on public transportation and cost, older millennials expressed more concern over traffic congestion.

Satisfaction in the Workplace:
Transit is a factor that also contributes to satisfaction at work. The ULI survey finds that proximity to transit is “far and away the top workplace feature” for millennials, and that location and nightlife are also key. While 37 percent of those surveyed report working in an open or collaborative space, very few in comparison consider that important to their satisfaction (19 percent of all respondents).

Again, with younger and older millennials there is a slight difference in priority for the workplace. Younger millennials are most interested in the office amenities like a coffee bar, lounge and a cafeteria; older millennials expressed more concern over dining and nightlife options near their office.

What About the Neighborhood?
Getting around is a major concern for young professionals where they live. When asked what factors are “very important” when choosing a neighborhood or community, respondents ranked ease of commute (81 percent), transit access (80 percent) and ability to walk to amenities (75 percent) the highest. Unsurprisingly, schools and safety were two factors that were very important to young professionals with kids.

While many have reported that young people just aren’t as interested in being homeowners, this survey indicates that it may be more complicated than that. Respondents reported that they are less optimistic that they’ll ever own a home, but that they are still very interested in home ownership. And prospective buyers aren’t too picky. Most renters live in an apartment or condo - and while there is some preference for buying single-family homes, most just want to own something, whether it’s a condo or a single-family home. Half of these urban dwellers picture themselves in Greater Boston in 10 years, with Cambridge, Somerville and Jamaica Plain coming in as the hottest markets that interest them.

These results present a clearer picture of what exactly millennials are looking for in work, at home and in the city they call home. Developers are already taking note, focusing on transit-oriented development and considering micro-units in projects throughout Greater Boston. For more on what these takeaways mean for developers in the real estate market, stay tuned for part two.