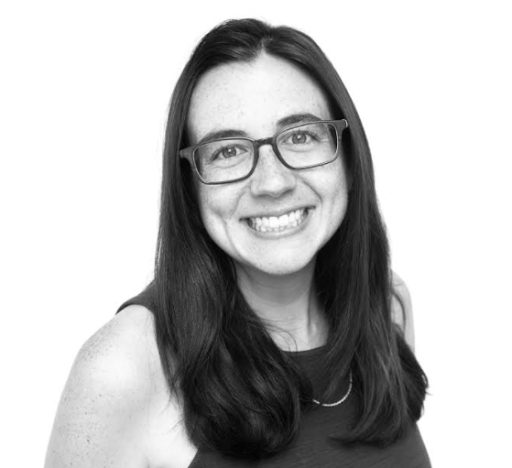 Mashable’s Kerry Flynn on Tech Journalism, Snapchat and Crafting the Most Compelling Stories

As part of our ongoing series of interviews with journalists, I checked in with Kerry Flynn, business reporter at Mashable. Kerry is no stranger to the tech world -- these days, she’s a top source for breaking news on Facebook and Snapchat, as well as tech companies and other top issues in Silicon Valley. Previously, Kerry reported on social media companies, mobile apps and startups for International Business Times. She has also written for HuffPost, Forbes and Money magazine. Kerry shares what makes for a good tech story (HINT: you need a great takeaway!), insights for cracking into Mashable’s Snapchat Discover channel and what she thinks is the biggest challenge for tech journalists today.

Q: What makes for a good story?

A takeaway. A good story is something where you read it and you come away with something, whether that’s an emotion like empathy for a person that the story features or whether it’s anger for a policy decision from a tech company. A story should leave you thinking about it and referencing it again in the future.

Q: Do you have a say in whether what you write ends up on Mashable’s Snapchat channel?

We have more thematic editions, so sometimes my stories are chosen and I can, for sure, pitch ideas. But we have a creative team that usually makes all original, exclusive content for the Snapchat channel.

Q: How important are visuals and videos to whether you’ll write up a story?

We always need a great top image for every story. That’s what shares on Twitter, Facebook and on the website. It’s what can inspire someone to click to the story. And yes, we don’t typically just post a wall of text. We’ll break-up stories with tweets, photos and videos. But I’m definitely not about putting a photo or a video for no reason. It should all be related and add to the storytelling.

Q: How are you measured?

I honestly don’t know. I can see my traffic and my team, overall, has traffic goals, but I don’t get scolded if I have one week better than the next or one month better. My job description says between 1 and 3 stories a day, but I’ve written no stories on some days and 8 stories on others.

Q: How has your job changed the most in the past year?

In my last gig, I covered Facebook, Twitter, Snapchat and social media and that’s primarily still my area of expertise. But in the last year, I’ve written about many more tech companies and themes, such as Uber, Google and Apple and other top issues in Silicon Valley.

Q: Over the past year, what have been your favorite stories to cover?

The news never stops and you always have access to it. Once upon a time, we didn’t have Twitter -- aka a resource to see headlines as they happen. Like last night, I saw the WSJ published a story on Twitter’s partnership with Bloomberg. I wrote it up because I was conveniently by my computer. When there’s so much news and information and access to it out there, it’s hard to decide what to prioritize. It’s hard to stop working. The best journalists know what stories matter.

Q: Aside from covering breaking news from Facebook and Snapchat, what types of stories are you most interested in doing?

Longform features on incredible people in the tech industry and Silicon Valley; stories about the future of media and the intersection of sports and tech, of music and tech and of politics and tech.

Q: What role do PR professionals have in your reporting? How many pitches per month/year do you end up saying yes to? (Roughly)

This is a hard one. Because it depends what we count as a pitch. I’m in constant communication with PR professionals of certain companies -- like Facebook, Twitter and Snapchat. That doesn’t mean I’m constantly getting pitched. When it comes to pitches for PR professionals -- I don’t know, very rarely. You usually have to build a relationship with me, and I don’t do much startup coverage these days.