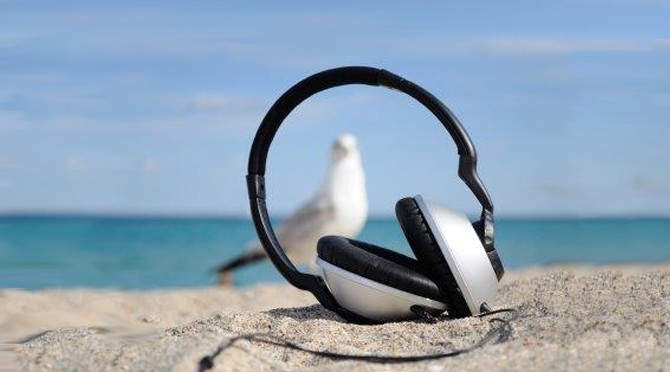 Music is the universal language, as the saying goes. Dig a little deeper, however – at say, this week’s iTunes charts – and you’ll find some valuable pearls of PR wisdom hidden in plain sight (or sound?).

1. Strike a chord with your intended audience.

Veterans of my musical PR takeaways post from last summer, country duo Florida Georgia Line has proven to be more than a one-hit wonder, blending country twang with melodies that stay with the listener for the whole day through. Currently No. 1 on the iTunes chart is the band’s hit song “Dirt,” which employs dirt as a lens through which to reconsider birth, death, romance and the American Dream in a way that is equal parts relatable and motivational.

What elevates this song from being just another country tune, however, is the group’s recent launch of its “Dirt Campaign,” an effort intended to contribute $100,000 to Habitat for Humanity. Not only is there deserved PR recognition here in terms of the sheer number of publications that have covered this partnership, but there is a valuable PR takeaway in Florida Georgia Line’s ability to cater to its main audience while managing to deliver a creative twist that keeps things feel-good and fresh.

It’s not uncommon for new music acts to burst on the scene in a big way and suddenly start appearing everywhere. Pop sensation Ariana Grande, who didn’t take long to outgrow her Nickelodeon days, is a case-in-point, appearing twice on the iTunes Top 10. Also logging multiple notches at the top of the charts are singer/songwriter Charli XCX and rapper/recording artist Iggy Azalea. The two join forces on Azalea’s “Fancy,” which has commanded the charts for nearly two months straight. These ladies are the undeniable talk of the music town this summer, though the trio runs a few risks:  not living up to expectations in their sophomore albums; and more immediately, audience fatigue.

The latter concern is particularly relevant in a PR context. No matter how innovative or creative a company’s news and messaging may be, if its PR team is barraging target reporters on a weekly basis, reporter fatigue is bound to set in. It’s best to be thoughtful not only about the type of news to share with reporters, but also about timing. Have a huge product launch coming up? Consider taking a break from media outreach for a few weeks as you ramp up, focusing instead on creating quality supplemental content that will wow them when the time comes.

3. New to the scene? Make a statement.

Other newcomers to the iTunes Top 10 like MAGIC! and Sam Smith can easily be characterized by their unique summer sound, whether based on their subject matter, sound or both. MAGIC’s “Rude,” which currently sits at No. 2 on the list, delves into the oft-overlooked relationship between a woman’s suitor and her resentful father in the style of reggae, a musical genre often reserved for lyrics that are more optimistic and mellow. British crooner Sam Smith, whose set of pipes distinguishes him from the pack in an industry filled with autotuned artists, provides a neo-R&B sound that fills the void left recently by the likes of Adele, Duffy and of course Amy Winehouse. What’s the PR lesson here? Embrace whatever it is that truly sets you apart, whether it’s what you have to say or what you actually do. Startups new to the scene, as well as established companies with new technologies that take a cue from the likes of MAGIC! and Sam Smith stand to gain momentum and publicity.

There you have it:  your personal PR playlist for Summer 2014. While these songs will eventually fall off the charts, the nuggets of wisdom they offer us are valuable all year long.