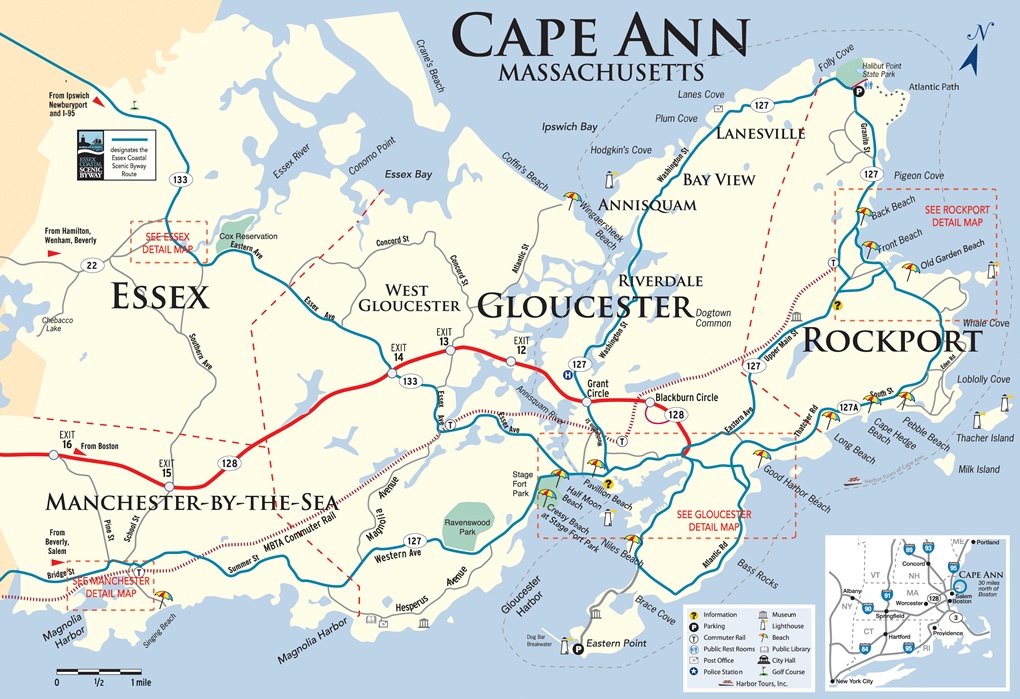 Social media tips for your company from a 140-year-old museum. Really.

In PR, case studies are like gold. People love reading about companies or people that did something cool or interesting that they can borrow and do for themselves.

This is the story of an unexpected case study: a 140-year-old museum focused on fishing and art in a coastal Massachusetts town. It’s not a huge, well-funded museum like the Met in New York or the MFA in Boston. It’s the Cape Ann Museum in Gloucester, Mass.

Founded in 1873 as the Cape Ann Scientific and Literary Association (catchy name, right?), the Cape Ann Museum has lots of works about the history of Gloucester, the nation’s oldest fishing port, but also an art collection by the surprisingly large number of artists who’ve lived on or been inspired by Cape Ann.

But Cape Ann isn’t a big place, so this 19th-century museum has turned to 21st-century means -- Facebook and Twitter -- to raise its profile and attract new members from the social-media-savvy younger crowd. Here are five lessons any company can learn from the Cape Ann Museum:

1 - Engage, engage, engage. On Twitter, the museum frequently retweets others and thanks them for posting their content. On Facebook, they ask lots of questions to encourage readers to respond and interact. One post, a century-old photo of a fishing crew on a schooner playing with a dog, asks for suggested names for the oceangoing pup. (One response: “Fish bait!”) Engagement strengthens the bond with your online fans. How are you engaging with your social audiences?

2 - Know your audience – and give ‘em something they value. Is your audience stay-at-home moms? Information technology directors? Business travelers? It's important to identify the audience you want to reach before you can create content that will interest them. The museum posts a mix of ongoing family events, fun historic photos and arts-related news that cater to its Cape Ann members and arts-interested audience. Don’t just push company news at your audiences. Give them something they want and value.

3 - Make smart use of hashtags. The museum uses hashtags to include itself in social conversations where it might otherwise not be included - tags like #artnews to reach people who care about art but don’t live in Massachusetts or #GloucesterMA to reach people who live in Gloucester but might not be museum members (yet). Which hashtags are used by the people you want to reach? Find out – and start using them. (My colleague Beth Monaghan has a great cheat sheet on hashtags and other Twitter tips here.)

4 - Post frequently. To build an online audience, you need to commit to posting on a regular basis. The value of social media is in forming relationships with your audiences. You can’t do that with a torrent of tweets or posts on a single day followed by long silences. People have short attention spans and will forget about you quickly. The Cape Ann Museum posts frequently on Facebook and Twitter so their followers and friends think about them often – including posts that preview upcoming events just when families are planning their activities for the weekend.

5 - Show some personality! Let’s be honest: Museums aren’t normally known as a House of Laughs. But the Cape Ann Museum’s social media identity is fun, colorful and even humorous. In one post, a photo from 1946, two fishermen at sea enjoy a below-decks concert from a shipmate. “The man on the right is playing the bagpipes,” the caption reads. “The men on the left appear to be enjoying the spirits.” If a 140-year-old museum can have fun and show some personality to connect with its audience, your company can, too.