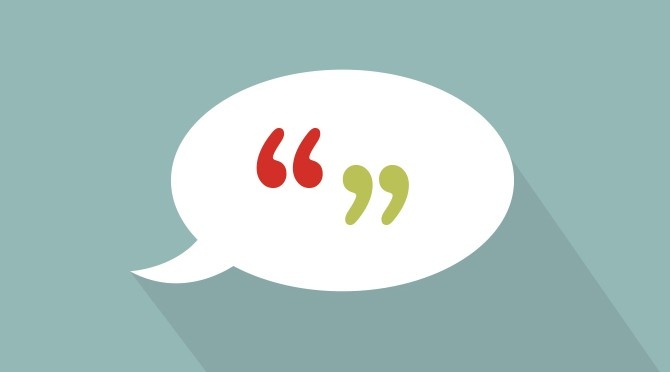 Everyone understands the desire to ask to approve a quote. We’ve seen the perils of misused quotes and statistics all too often in this year’s presidential race. However, most of us aren’t running for public office, and in journalism, unlike the creative halls of political campaign ad execs, the truth is the ultimate goal. In fact, reputable reporters follow the Society of Professional Journalists Code of Ethics.

Asking to approve a quote can do more damage than good. In most cases, if you ask to approve a quote, you’re insulting the reporter. She’ll think you either doubt her ability to capture your words accurately, or that you don’t trust her ethics. Regardless, this kind of insult is often the beginning of the end of that particular media relationship. And the only way to have good PR is to have good media relationships.

So if you would like to avoid angering reporters, there are some effective approaches that will reduce the likelihood of a misquote and preserve your good media relationships.

First, know who you are talking to. A columnist is very different from a news reporter. Columnists by nature include their own opinions, and as PR people, it’s our job to help spokespeople understand the perspectives of the reporters interviewing them.

Practice. We need to work with spokespeople to ensure that they can nail their talking points. All too often, a spokesperson who wants to see quotes after the fact is more afraid about what he actually said that a reporter’s ability to report it accurately. In other words, the spokesperson wants to provide the quote he wishes he spoke. Well-trained and practiced spokespeople rarely get misquoted.

Of course, there are situations when you suspect that the reporter did not fully understand your points. Follow up. After the interview, draft a few bullets that clearly and concisely summarize your points and send them to the reporter.

Finally, thanks to the round-the-clock news cycle and online media, PR people and their spokespeople have the unique opportunity to provide canned quotes. At InkHouse, we do this most frequently in response to breaking news – such as the iPhone 5/iOS 6 launch this week. Reporters are working quickly to file stories on these events and need experts to quote. If you provide a written quote at just the right time, with just the right unique perspective, chances are fairly good that you’ll be quoted, word for word.

Gaining coverage in a media outlet comes with the inherent risk of being misquoted. I consider it the opportunity cost for gaining media coverage. If you are misquoted, and there are gross factual errors, you can always request a correction. In today’s digital world, those are usually minutes away.